It’s the worst. A new ride has been lined up for not-staying-Dunny next week. x.x Still waiting on refund from the old shipper.

I’m very glad that he’s not on a trailer with a truck that’s broken down somewhere but oh my god truck problems seem to plague trailer companies! 😦

If Ie ver buy a horse at a distance again, I’m going to freaking haul myself!

So I don’t currently own any bits. And only one bridle. And it’s purple. And ugly. (And a decent little off brand S-hack with sheepskin cover, which doesn’t seem like a bad idea but is probably not what I want to start off with.)

Pony-that-is-not-staying-named-Dunny is going to have to cope with the purple headstall, at least for now, unless it just doesn’t fit him, which it probably will. And I’m going to have to do some bit shopping. Ugh.

With backyard western ponies, I grew up with everything-in-a-basic-curb bit. (Kids on the kid-friendly horses got a halter with reins clipped on it and no bit. I didn’t realize until I was about 7 (and took some lessons) that a halter and a bridle weren’t the same thing….). In all likelihood, Dunny has probably gone in that previously- it’s just kind of the default backyard ranch horse bit.

My inclination is to pick up a basic low/medium port plain curb, and a basic snaffle, and see where we are. But ugh, so many choices.

I have four bits in my cart on Riding Warehouse (admittedly, 3 of them are just different basic snaffles with different shaped rings) and like, twice that on a couple other sites with more low end options- once I have a basic idea of what fits and what he is comfortable in, I’ll upgrade in the same basic concept. Right now I’m suffering Too Many Choices paralysis.

I’m really ready for him to be here, if you couldn’t tell 🙂

2. My giant horse.com and amazon orders got here today (and my mail lady was like “What the hell did you order?”- the Horse.com order came in a box that was like a 3′ cube, plus a basically flat 4×4′ rectangle box that I am pretty sure is the saddle stand broken down flat. I was going to take a photo of these but I honestly don’t have a big enough space in my house that isn’t like, revealing of background clutter in a manner that horrifies me. The flat box is bigger than my breakfast room table.

The Amazon box was only SLIGHTLY ridiculous sized for a bottle of vetricyn and some office supplies, but she’s used to my crazy Amazon orders because like everyone else in this town, we do a lot of our shopping online.

3. I picked up a plastic footlocker to use as a tack trunk for now. It looks like this, and no, it will not fit a saddle, but let’s be fair, nothing that fits in a car and can be easily lifted out and has hard sides fits western saddles.

I’m a little torn on whether ot use this one or the exact same one that I already own in tiffany blue (which currently houses photo props.) But this one matches other stuff and will show dirt less, so it’s going to be this one. 😀 (And I think I’m gonna decorate it. Because I’m secretly 12, and also probably shouldn’t have access to a vinyl cutter…)

So, dude’s feet need some TLC. They’re not bad,but they’ve definitely been let go in the past, and moving from soft, wet east Texas grass to our sandy, rocky, DRY New Mexico caliche is going to be kind of a learning curve.

I’m not making any decisions about shoes or boots or barefoot or whatever until he’s settled in and farrier’s taken a look at him. I really don’t have any idealogical attachment to any particular hoofcare philosophy, I just want him to be comfortable and sound, with whatever footwear makes that the most possible.

So in the short term,I want to make sure he’s got the best nutrition possible to support good growth. I’ve never really supplemented much before (my previous horses that were just mine got BOSS on top of their ration balancer but that was it) but I know I can do better.

SmartPak’s SmartHoof supplement was highly recommended, and I may give it a try in the future. It’s pelleted and contains biotin and also flaxseed oil, which is a source of omega oils. This is on my list to try in the future, but I was’t making a Smartpak order this week. (We’re also unfortunately in the slowest possible shipping area for SmatPak- I absolutely trust them to be timely on stuff like subscription shipping, but I didn’t plan ahead well enough to use them this time- and I’m not really sold on the idea of pre-measured and pre-packaged supplements as cost effective.)

SeaPet, a cold-processed fish oil supplement that my dogs get also comes in an equine formula, which is just fish oil plus peppermint oil. I really like the results in my dogs on this, but I *hate* how gross it is to give- the bottle always seems to get coated in fish oil and be greasy when you pick it up, and it smells horrific if you don’t like the smell of fish. (Jack once stole and chewed open one of the bottles ON MY BED and I had to burn that comforter. It smelled like fishy death.) And I suspect a vegetable-based source is probably more digestable for horses.

I ended up going with Uckele’s CoMega supplement- it’s flaxseed and coconut oil based (with some fish oil). 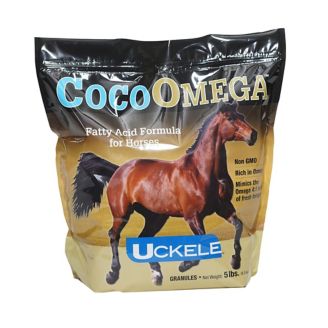 I also picked up a straight biotin supplement- AniMed Biotin 100. It’s fairly inexpensive but seemed like a reasonable place to start. Biotin is good for hoof growth (and hair growth too, but that’s a bonus) and is pretty straightfoward as far as supplements go. The AniMed got good reviews, had a simple ingredient list,and was fairly inexpensive as a place to get started.

Dunny’s original transport plans fell through (I still really like the shipper but the route just didn’t work out for her :() so we’re having to figure out an alternative. Hopefully now early next week 😦

But I’ve been busy, and pone is not actually here yet- but THIS WEEK OMG FINALLY.

Dunny got his health certificate (and vaccinations for the year because why not) and clearance to travel late last week and will be headed out (we think) on Wednesday! 🙂

I have two other posts for this week, go me, but for now, I bring yuou another adorable photo of his face.

Dunny’s feet looked decent for a kill pen horse but it was definitely time for a trim and Angela was kind enough to offer to have him done before he leaves next week. 🙂 He was very good for the farrier, and it’s good to get that out of the way. He will likely need shoes out here before we do any serious trail riding, but that can wait till we’re actually at that point.

He is looking so good- he’s put on so much good weight at Angela’s and I can’t wait to get him out here and find out what he knows! (Plus, more blog content!)

Wedding was gorgeous, honeymoon was awesome. It was amazing to get to spend a week with our family and friends and some serious relaxation 🙂

The Pony Currently Known As Dunny continues to do well at Angela’s farm in Texas, and we’ve finalized his boarding here and a ship date- he’ll be heading to me the second week in June. 🙂 He’s officially out of QT (and has been since before we left but I didn’t post) and has been getting more turnout instead of strict QT. 🙂  (There is video but it’s on the Facebook page). Farrier will be by to do his feet sometime this week, too. 🙂

Florida, Belize, and Mexico were lovely- very green, very warm, and very humid- but we came home to a bit of a cold snap here in Silver, with a high of 47 at the house on Monday (reminder for people, we’re at almost 7000′ feet) and a low that night in the 30s, with a lot of wind and some cold rain. We’re a bit early for monsoon season yet, but it was definitely pretty chilly to come back to, especially since I’d worn a sundress on the plane!

I’m back to work today and back in my comfy jeans and getting back into the routine. The dogs were all super happy to see us, and while it was great to have that time, it’s also nice to get settled back in and get into our summer routine before DW starts her summer classes on the 29th.

I have some other exciting stuff coming up to write about, but this post is already getting long and I’m going to go get a short hike inbefore it gets any later.